Immuno-oncology has identified a number of promising pathways forward in the battle against cancer. Some of the treatments on the market or in clinical trials include immune checkpoint inhibitors (such as PD1/PD-L1 and CTLA-4), chimeric antigen receptor T cell (CAR-T) and bispecific T-cells (BiTEs). As is the case with the aforementioned, most immune-oncology approaches focus on T-cells, specifically removing the barriers hindering T cells from “recognizing” cancerous cells and increasing the cytotoxic activity in T Cells. Advances are also underway to allow the use of other immune cells in targeting cancer, such as Natural Killer cells (NK cells).

“How are Natural Killer cells being utilized in Immuno-Oncology?”

“What are the advantages to NKCEs?”

NKCEs have shown a positive correlation with reducing tumor growth in vivo mice as well as recruitment of Natural Killer to the tumor site. While CAR-T and BiTE treatments have shown similar results as NKCEs, negative consequences of the treatments have been observed. CAR-T cell therapies and BiTE treatments targeting CD3 have been associated with toxicity as a result of large activation of lymphocytes. The half-life of BiTEs is short in an effort to reduce the potential for toxic side effects; however, this can lead to an inconvenient dosing regimen. NKCEs have shown promise of having little to no off-target effects while also being engineered for short (24 hours) or long (10 day) half-lives. NKCEs have also demonstrated the potential to have stronger anti-tumor activity than mAbs currently on the market.

The immune system is comprised of many different cell types sending a multitude of signals between cells creating a variable and complex environment. The out of date method of using a single analyte-biomarkers has proven to be ineffective in predicting which treatment is the most appropriate in cancer therapies. Through ImmunoPrism’s Health Expression Models and subsequent biomarker report, we have a more comprehensive view of the tumor microenvironment. By understanding the multidimensional variables present, such as escape genes, the population of cells available and in what number they’re presented, a more personalized approach to treatment can be used in fighting cancers. Whether that treatment is using a T cell therapy or Natural Killer cell therapeutic approach – we can really ask, what is the big picture benefit? 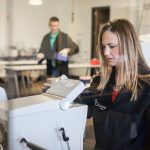 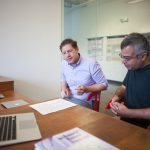