The Role of PD-1/PD-L1 in Cancer Treatments 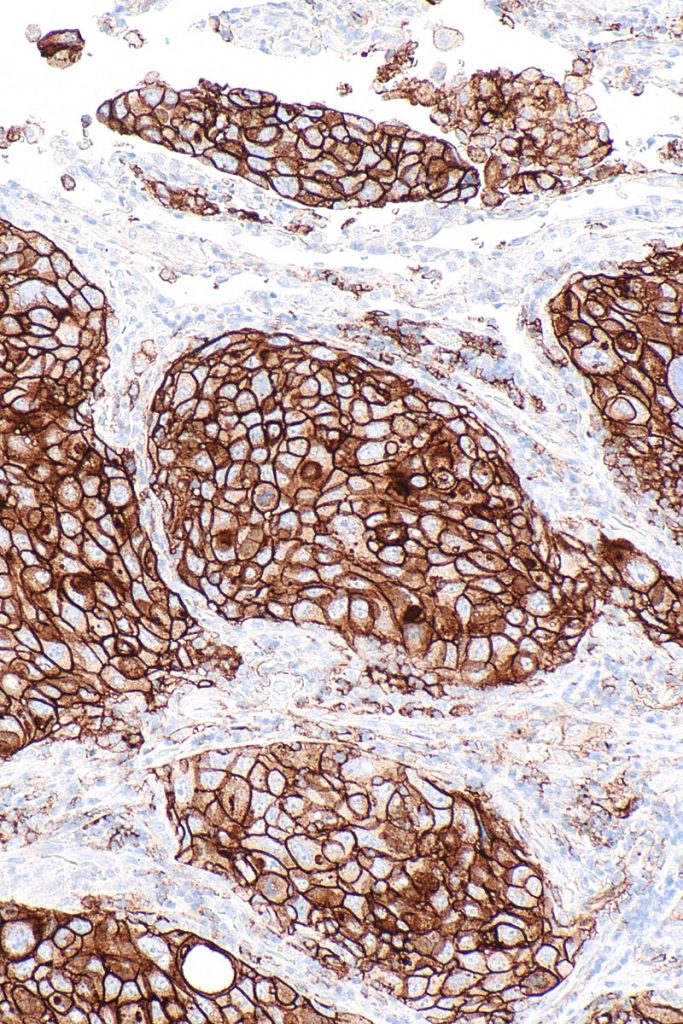 In healthy individuals, these and other checkpoint proteins play an important role in preventing runaway and auto-immune responses. However, cancers use these same checkpoint pathways to dampen immune responses and evade clearance by the immune system. Many tumor cells express PD-L1, a PD-1 ligand. Tumor-expressed PD-L1 binds to PD-1 on T cells and inhibits T cell effector function, allowing the tumor to thrive. All approved checkpoint inhibitors are monoclonal antibodies which bind antagonistically to either CTLA-4, PD-1, or PD-L1, thus inhibiting the checkpoint activation and ideally strengthening the immune response to the tumor. In some cases this results in strong and durable responses in patients who otherwise lack good treatment options.

There are seven approved checkpoint inhibitors, six of which target PD-1 or PD-L1. The first approved PD-1 inhibitor was Merck’s pembrolizumab (Keytruda) in 2014, followed shortly by Bristol-Myers Squibb’s nivolumab (Opdivo). Although both pembrolizumab and nivolumab were first approved around the same time, development of nivolumab began well before development of pembrolizumab. The first clinical trial for nivolumab was started in 2006, with a second trial in 2009 and more following. The first trial for pembrolizumab didn’t begin until 2011. Merck devoted enormous resources—including a massive Phase 1 trial—to speed pembrolizumab through development. Merck also obtained break-through therapy designation from the FDA and used biomarkers to select patients who were more likely to respond to treatment. These tactics enabled pembrolizumab to catch up to nivolumab. Sales for both drugs quickly climbed, with nivolumab initially taking the place as market leader.

In 2016, Merck’s focus on biomarkers paid off with strong clinical trial results for the use of pembrolizumab as a first line therapy in non-small cell lung cancer (NSCLC). Merck’s trial only enrolled patients with at least 50% positive PD-L1 staining. This positive trial outcome raised expectations for a similar trial using nivolumab. Surprisingly, BMS then reported that nivolumab failed to meet its primary endpoint. BMS required patients to have only 5% or greater PD-L1, making the biomarker much less reliable. By using a better biomarker, pembrolizumab leapfrogged nivolumab in the NSCLC market.

With its win in NSCLC and continued approvals for other indications, pembrolizumab generated $7.2 billion in 2018 sales compared to $6.7 billion for nivolumab. The success of both therapies, both clinically and commercially, has driven huge efforts to expand the use of checkpoint therapies. One new PD-1 inhibitor and three new PD-L1 inhibitors have been approved since 2016. In addition, pharmaceutical companies are pushing to expand the indications for checkpoint inhibitors and testing many combination therapies. Further, researchers are working to improve upon Merck’s success using a biomarker. Following its early success, PD-L1 has unfortunately failed to deliver as a reliable biomarker for predicting response to anti-PD-1/PD-L1 treatment. For instance, a 2016 study reports that 15-20% of lung cancer patients respond to PD-1/PD-L1 inhibitors. This number only increases to 15-45% of PD-L1 positive patients.

The immediate result of all of these efforts has been a dramatic increase in clinical trials involving checkpoint inhibitors, particularly inhibitors of PD-1 and PD-L1. According to the Cancer Research Institute, as of September 2018 there are 2,250 trials using either PD-1 or PD-L1 inhibitors, many as combination therapies. That’s an increase of 748 trials (50%) from the year before. It would take over 380,000 patients to fill all of these trials. At an estimated cost of $59,500 per patient, this would bring the total investment in PD-1 and PD-L1 trials to over $22.6B. Such huge growth in clinical trials involving PD-1 and PD-L1 inhibitors speaks to the promise of these therapies, and the thirst that doctors, patients, and the pharmaceutical market have for novel types of therapies.

At Cofactor Genomics, we’re leveraging the power of Predictive Immune Modeling to enable researchers to identify patients who are likely to benefit from anti-PD-1, anti-PD-L1, or other immunotherapies.  Using machine learning, we’re building better, multivariant biomarkers that better predict patient response than single-analyte biomarkers like PD-L1. Better biomarkers will enable the massive investments into the development of PD-1 and PD-L1 inhibitors to translate efficiently into the best outcomes for patients. 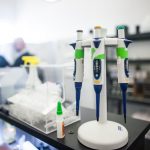 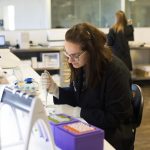