We use both our own and third-party cookies for statistical purposes and to improve our services. If you continue to browse, we consider that you accept the use of these.
By Jon Armstrong
Posted August 6, 2015
In Uncategorized
Cofactor brings genomic expertise to help save the northern white rhino from extinction2015-08-062015-08-06https://cofactorgenomics.com/wp-content/uploads/2016/10/cofactor_logo_dark.pngCofactor Genomicshttps://cofactorgenomics.com/wp-content/uploads/2016/10/cofactor_logo_dark.png200px200px

What would it feel like to be the last “one” on earth? Sudan is the last male northern white rhino on the face of planet and he is surrounded by armed guards 24 hours a day. The guards and dogs that protect him are the only other organisms he interacts with everyday.

In some Asian cultures, it’s believed that rhino horns can cure ailments, and this has led to aggressive poaching of the species. Poaching has driven the white rhino population from approximately 2000 animals in the 1960’s down to just 4 today.

The Northern White Rhino is extremely endangered. Sudan is 42-years-old (ancient in rhino years) and lives at the Ol Pejeta Conservancy in Kenya with two female white rhinos, Fatu and Najin, who are 15 and 25 years old. The remaining female lives at the San Diego Zoo. 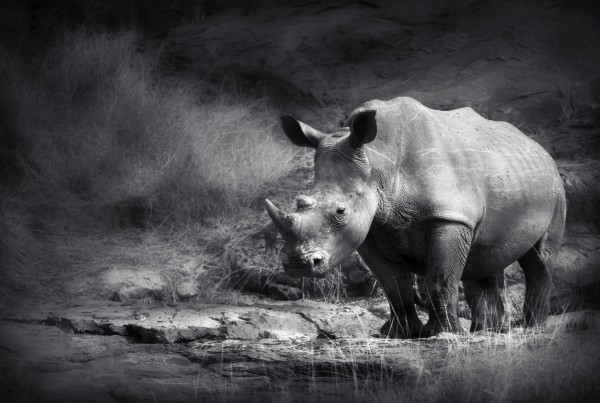 You might think with three females and one male remaining, there’s still a chance of natural pregnancy, but a number of factors make it impossible.

For example, you could attempt a surrogate pregnancy, through embryo transfer, in one of the 19 southern white rhinos that live at the Ol Pejeta Conservancy. But even if a sufficient number of eggs were gathered from the endangered females, embryo transfer between species is rarely successful. Another option is In vitro fertilization — but the remaining northern white rhino females are not physically able to carry a pregnancy to term. And finally, you could turn northern white rhino stem cells into sperm and eggs. But this option would take much more research, which could take years.

White rhinos have a life expectancy of 40-50 years, and so we are racing against time to save this species.

The genome sequence produced by Cofactor will be used to determine the divergence and similarity between the northern and southern white rhinos. This will tell us the probability of success for cross species embryogenesis.

As future scientific advances are made, having the rhino’s genome sequence may make it possible to edit the genome of a closely related species into that of an extinct species. The recent discovery of the CRISPR/Cas9 system could make this type of editing possible once the system is refined enough to work across whole genomes.

At Cofactor, we realize very few people have the opportunity to affect the extinction of a species and are proud to be a part of this important effort.

Who knew sharing exosomes could be so bad?Uncategorized